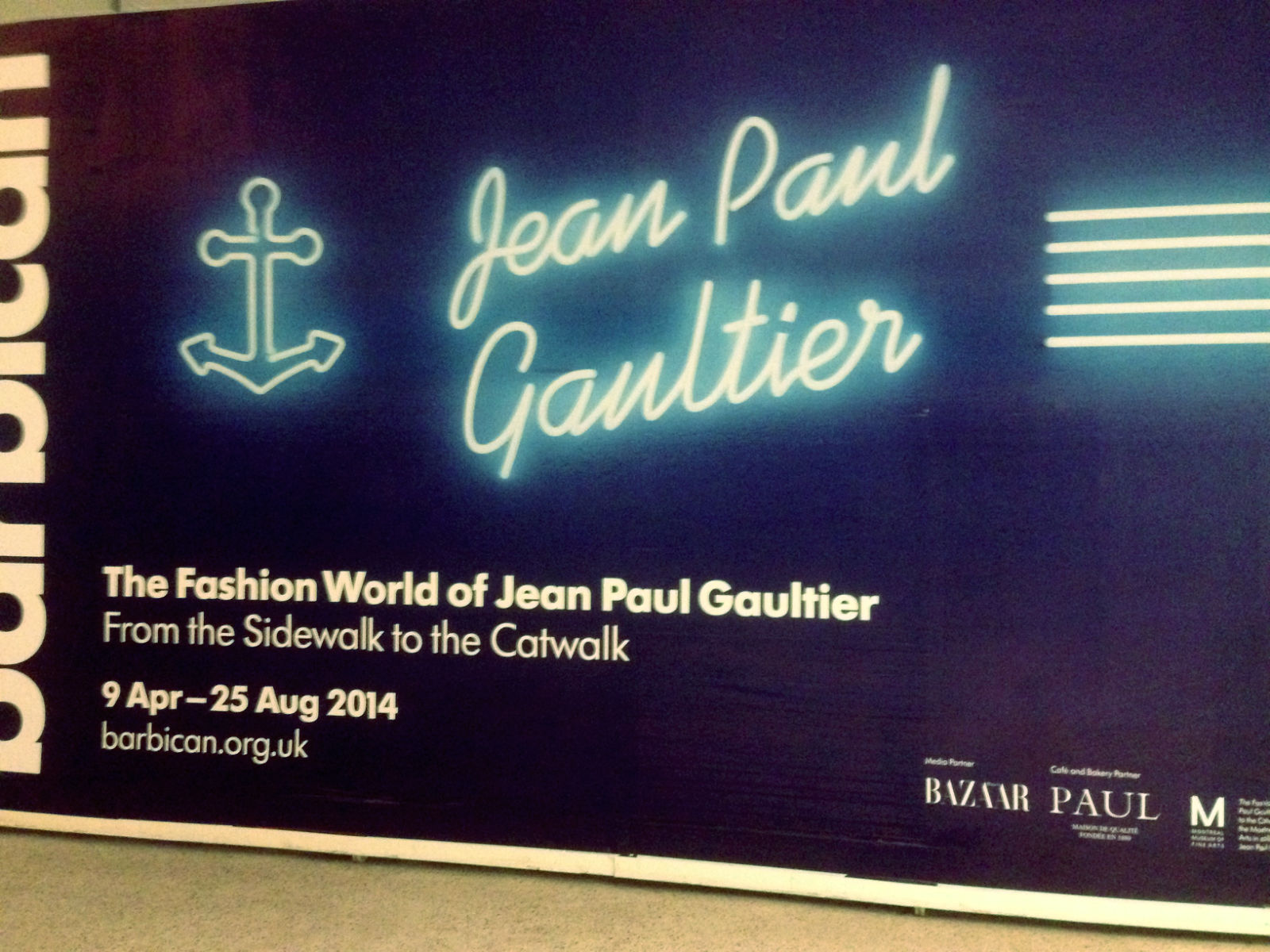 There is no doubt that fashion museums and exhibitions are one of the most important benefits of living and studying in London. There is so much to take an inspiration from! I recently visited one of the most  current exhibitions – The Fashion World of Jean Paul Gaultier. I’m sure his name is well known not only in  the fashion world  as he was the one responsible for Madonna’s avant-garde costumes and Lady Gaga’s gowns. His futuristic vision of fashion is reflected in his collaboration with many directors such as Pedro Almodovar and celebrities. I had the chance to see all of his most famous (and probably the most expensive as the fabrics were very rare such as pony skin) gowns . The Barbican Exhibition Centre allowed people to take photographs /sketches and notes(unlike some famous museums) so I could share them in here. 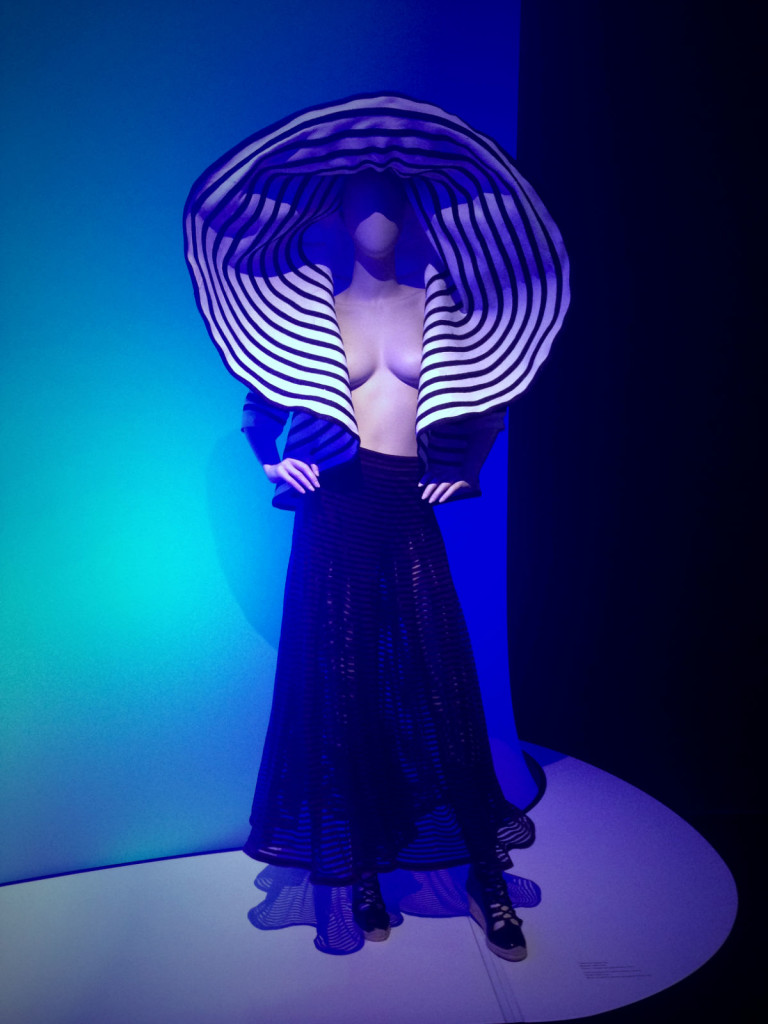 The second part is mainly focused on his ‘PUNK CANCAN’ collection inspired by 1970’s London’s subcultures including the Punk and the Glam Rock which I’m investigating for my final project. The French couturier traveled to London in the early 70’s  and got inspired by   London’s street style – from Vivienne Westwood’s shop called ‘SEX’ on the  King’s Road to David Bowie and his glamorous style. Summing it up – the collction is a fusion of his beloved Moulin Rouge and Paris of the Belle Epoque with the most rebellious accent of British subcultures of the 70’s. 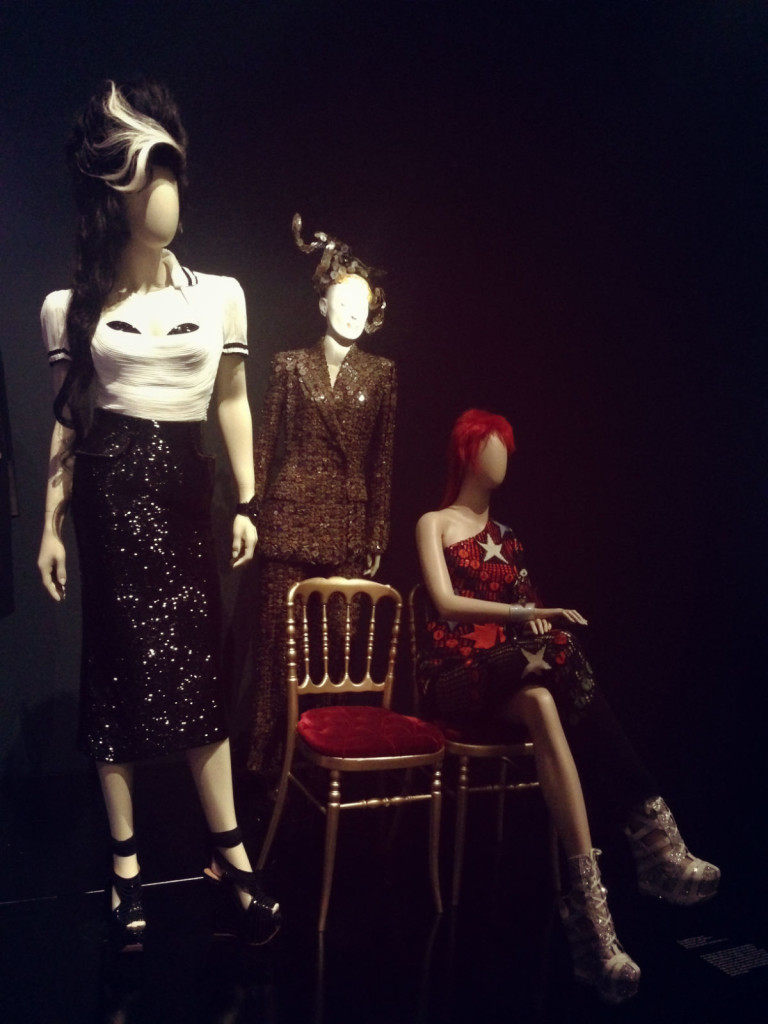 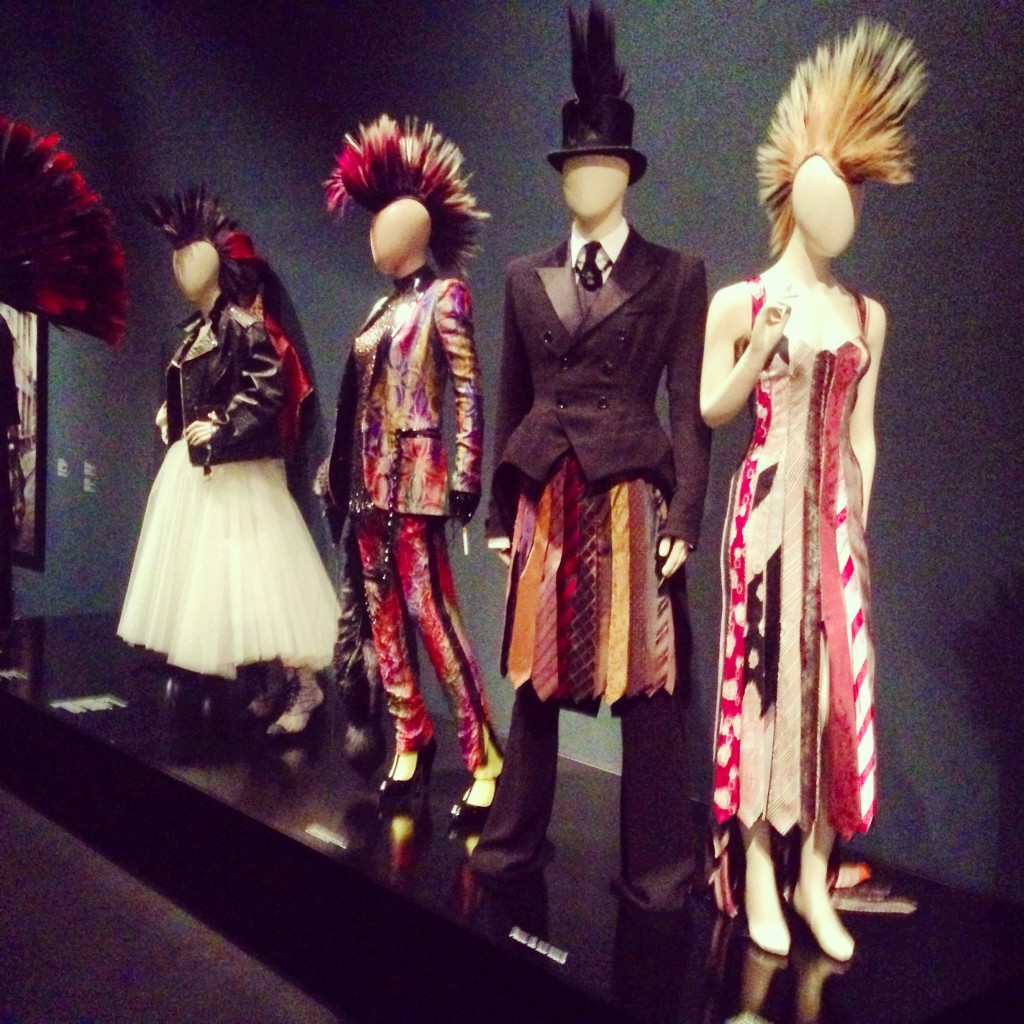 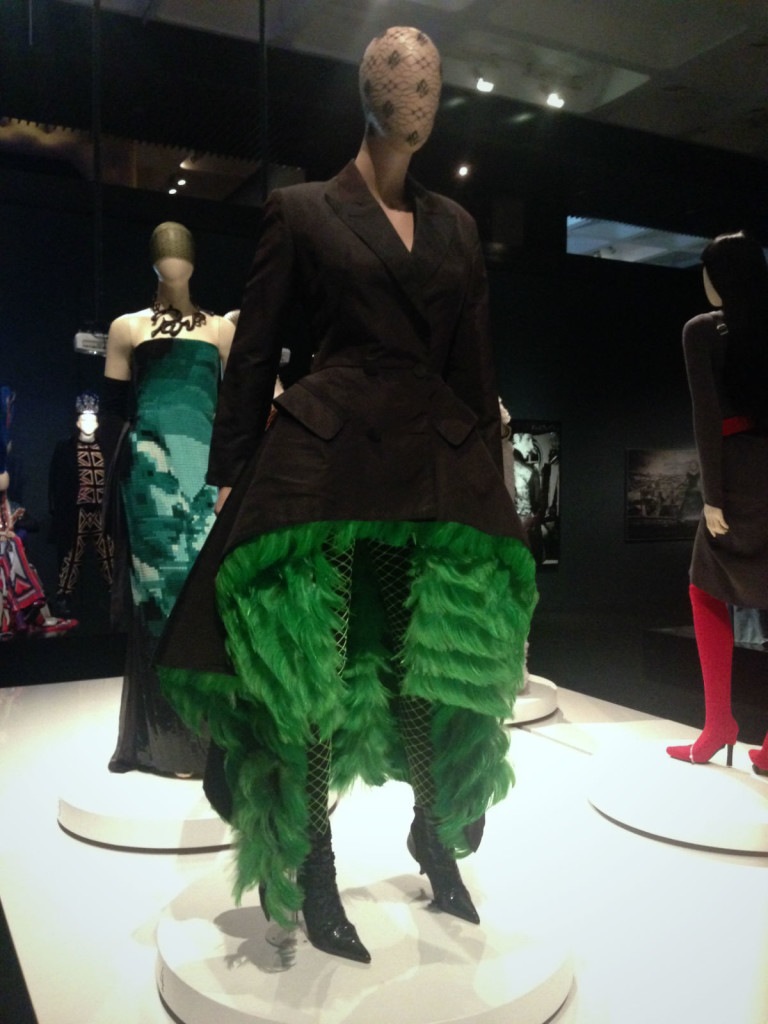 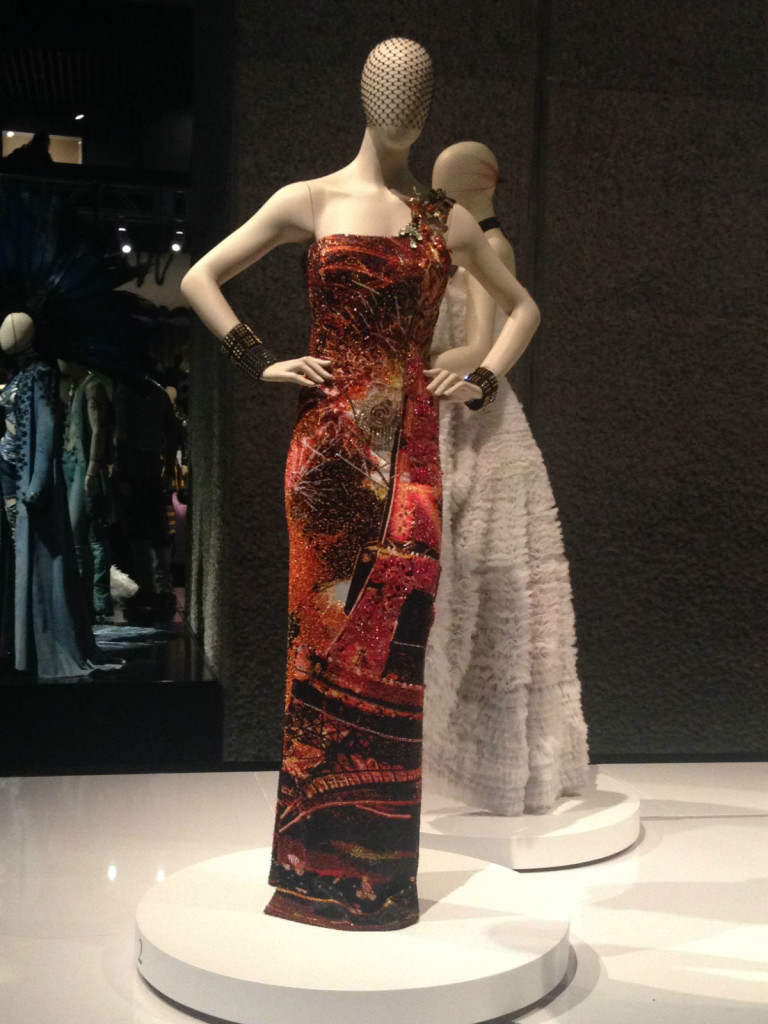 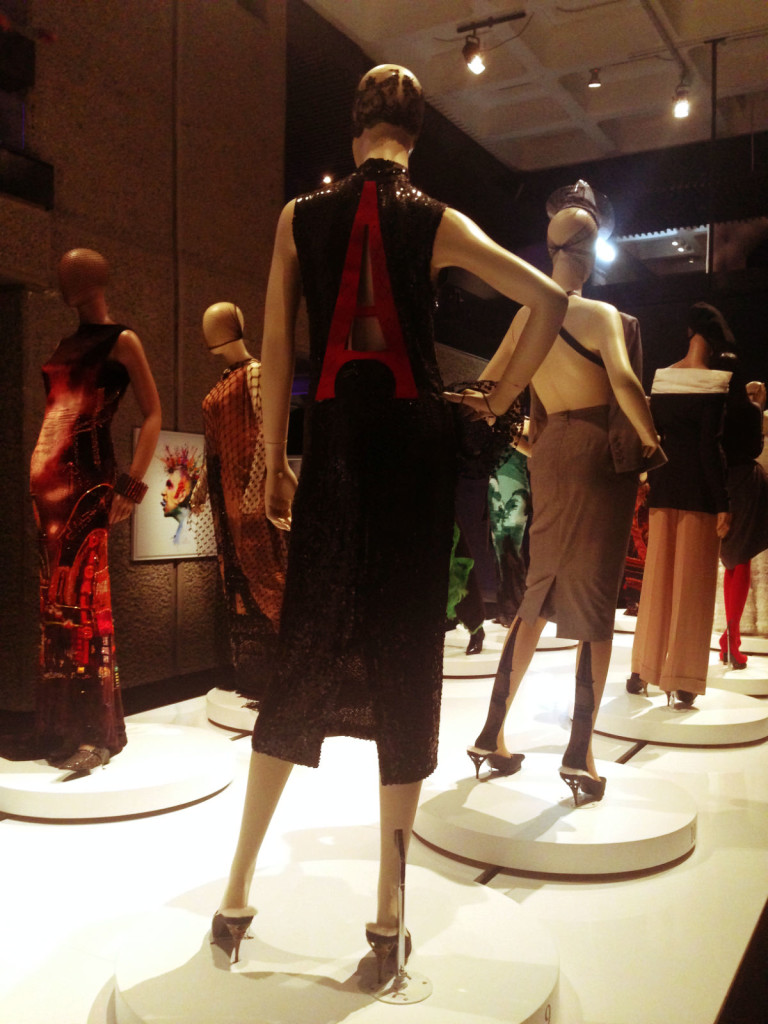 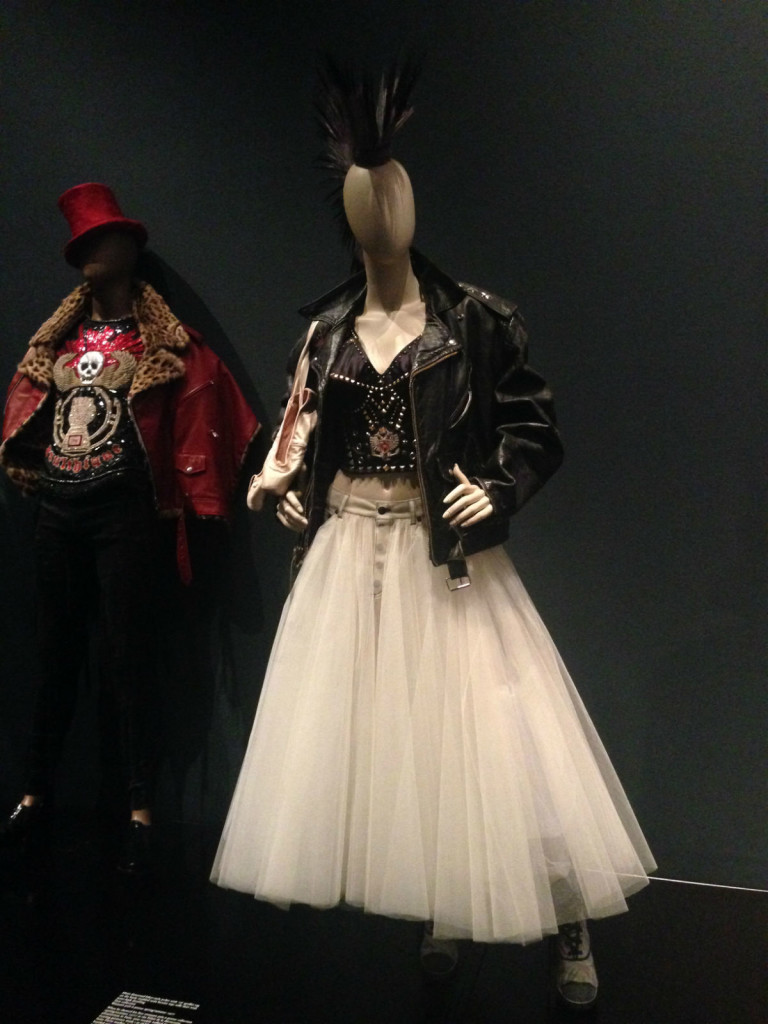 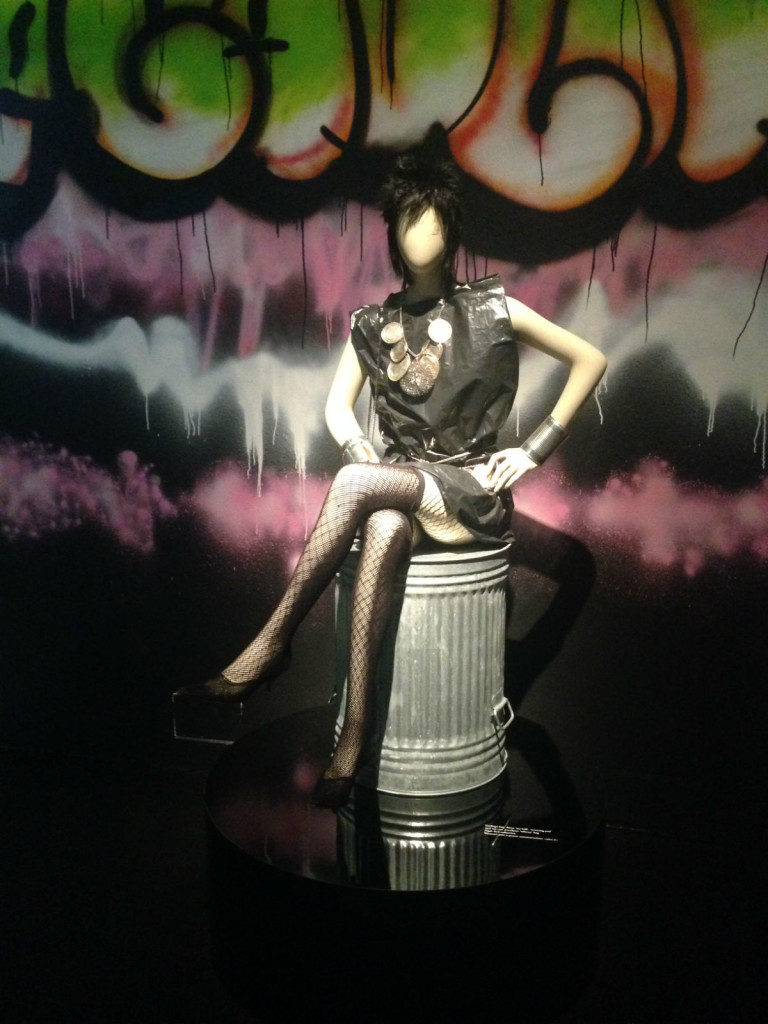 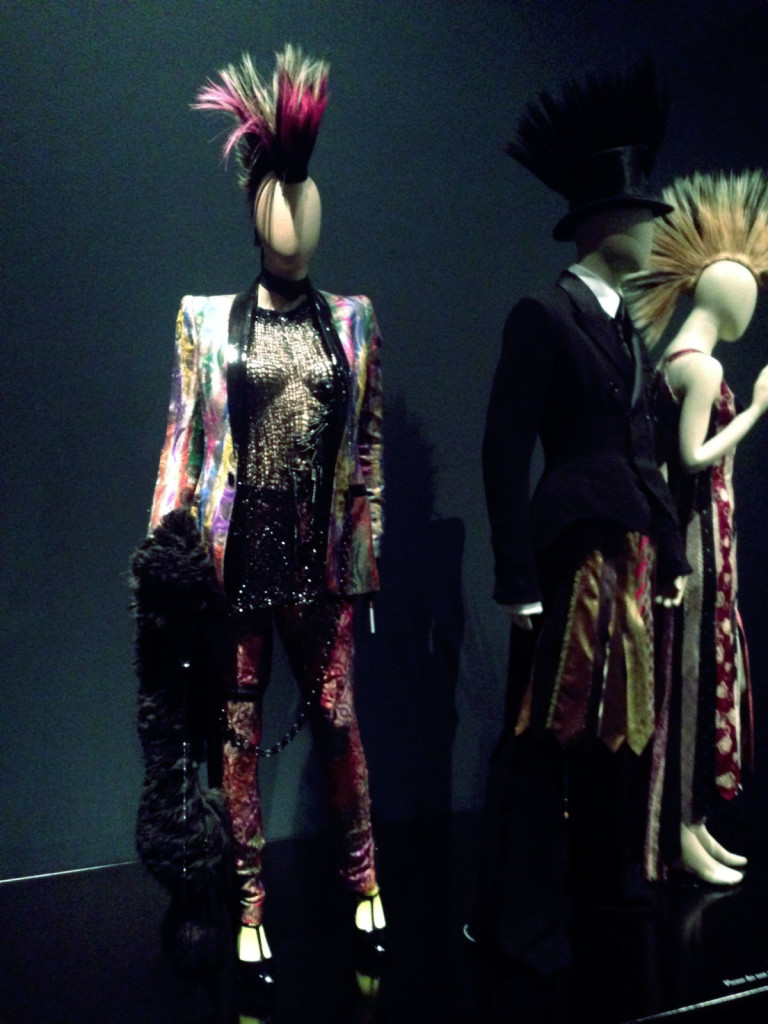 Jean Paul has always been fascinated by human body and its structure . He decided to create beautiful gowns that would reflect its natural beauty. He designed many bodysuits for Pedro Almodovar’s ‘ Skin I live in’ movie. The director is believed to have said’ “The costumes he designs are wonderfully beautiful and absolutely conceptual at the same time.  Almost no one else is able to combine both in the same garment.” 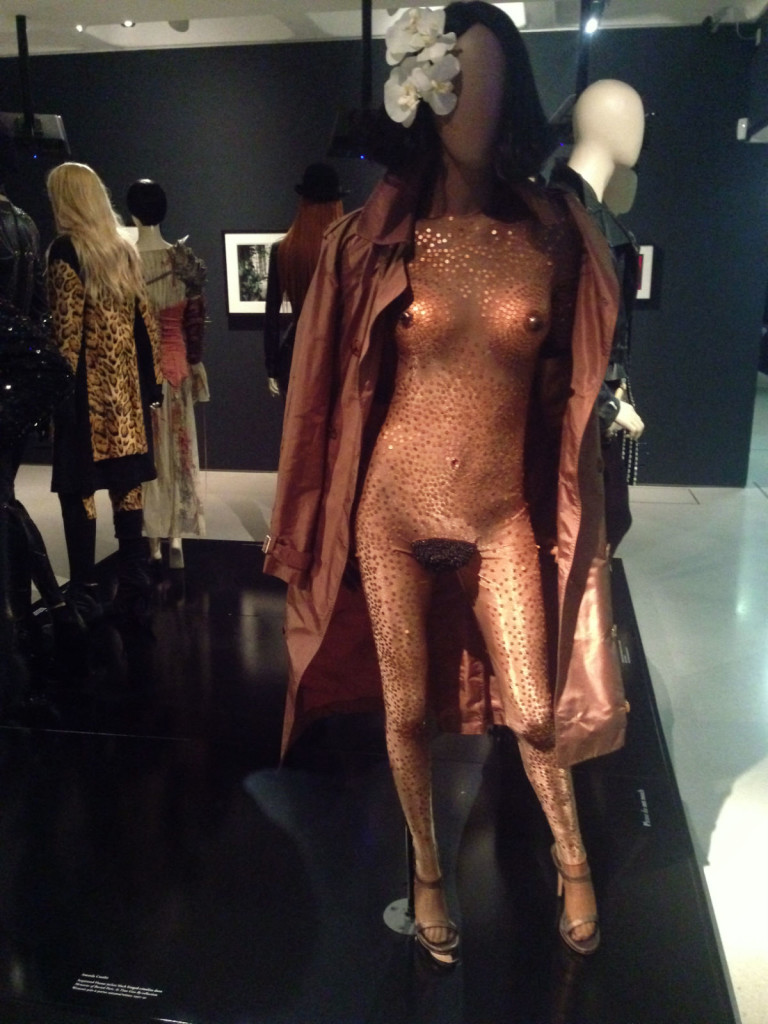 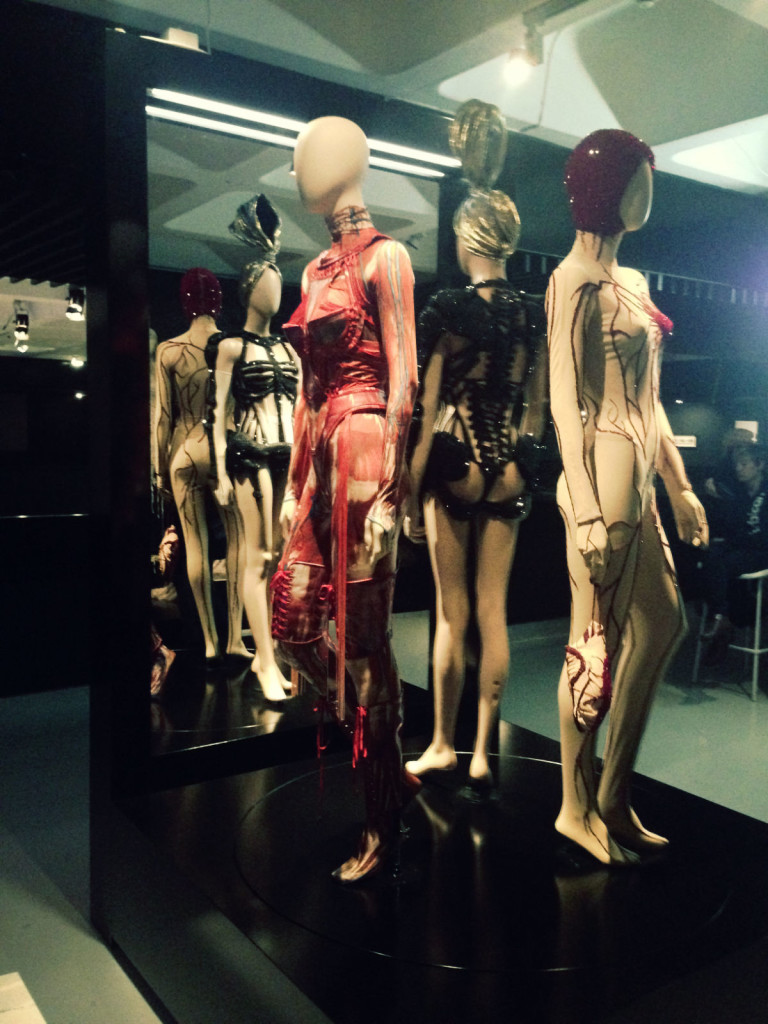