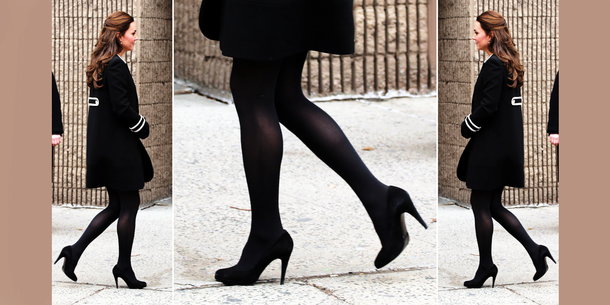 Today , I really feel the need to write about Kate Middleton’s effect that I’ve observed since I’ve moved to the UK. That beautiful woman’s face is not only all over the internet but  on the telly , newspapers ,not to mention about Vogue , Harper’s Bazaar or whatsoever. I can perfectly understand it – she pictures the modern Cinderella  story , she is now royal  and her sense of style and fashion are perfect. It seems that we owe her a lot this winter. What? We are now allowed to wear the black tights that we all adore so much(come and show me one thing that could make your legs so much slimmer than them!). Kate has been wearing them during her  recent events in New York and it is now considered to be the most covetable fashion trend! The British Debenhams has discovered a 100% more sales on them ever since she showed up  in NYC. I used to love and appreciate them but then I realised they are not very ‘high-fashion’ and they could only be worn in some certain situations – when it is really freakin windy ,when you run out of nude tights or when you want to  wear them with the winter boots or some kind of winter outfit- but even then  your outfit’s score would only reach some 6ish in a 10 scale. The black tights trend was spotted on the catwalks of Balmain , Saint Laurent and Carolina Herrera for the A/W14/15 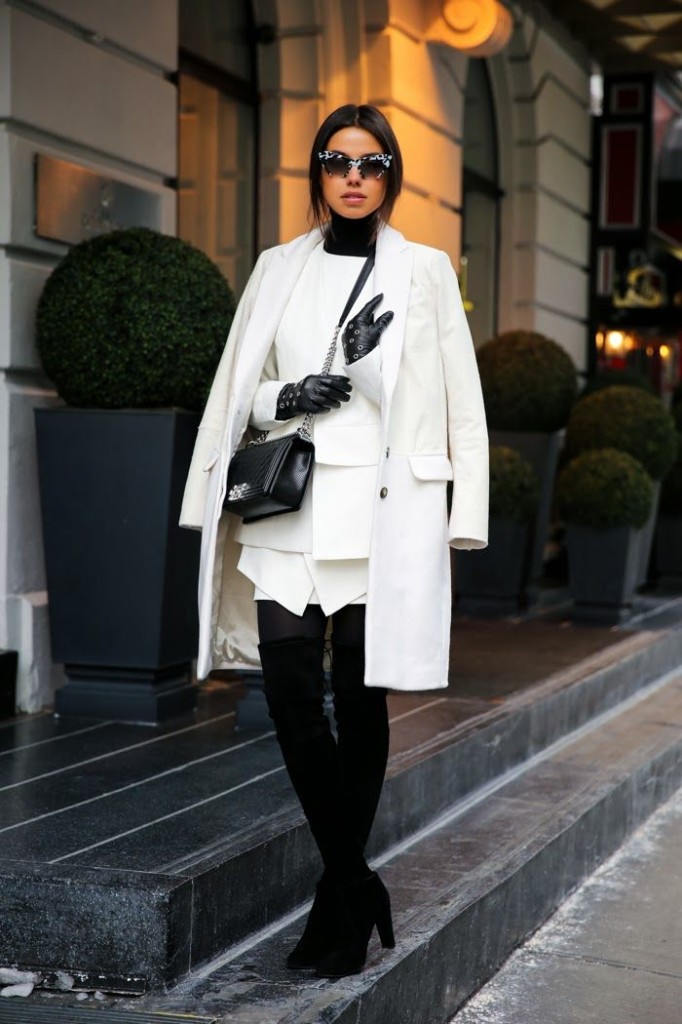