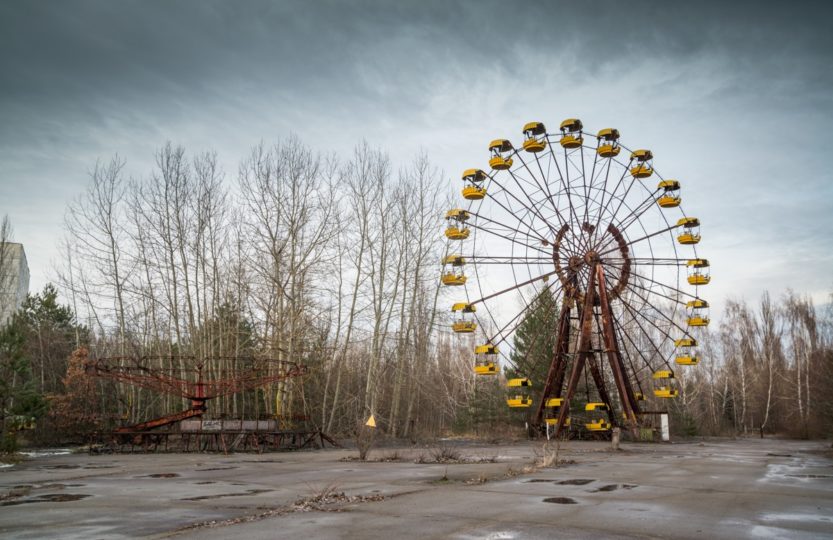 I have to admit – a trip to Chernobyl is definitely not ideal for every type of person. I would never describe it as a ‘perfect place for’ or ‘a great place to’. It is not. It has been, however, on my husband’s mind for quite a long time and that is why… I took him to Ukraine for his 30th birthday. Gift goals.

I decided to travel via Kiev. We went to Lviv for my sister’s 25th earlier this year, and we absolutely LOVED the vibe. Kiev seemed like a great idea, and I found direct weekend tickets from Wroclaw. I also spoke to our friends and family, and I managed to persuade 11 people to go with us.

I booked a few apartments, not too far away from the famous Maidan (20 minutes UBER drive).

We got to Kyiv on Friday, so we had around 2 days to see the city. We managed to explore the city centre, drink Drunk Cherry and east some delicious specialities.

Chernobyl was a nuclear power plant located in the USSR part which is now Ukraine. As some of you know, it had a steam explosion in April 1986. The nuclear radiation released in the days after which caused the of the nearby town – Prypyat. The city was evacuated the day after and the 50,000 residents were never to return to their homes.

Nuclear Reactor Number 4 was covered with a temporary sarcophagus to confine the radiation after the explosion. In October 2017 a new sarcophagus was founded to cover the reactor for another 100 years. So much to say on this blog. I am strongly to read about it online or perhaps watch the 2019 HBO series. It is only 5 episodes and it covers a lot about the whole tragedy.

We started the tour with visiting ‘Moscow Eye’ also known as Duga 3 or the Russian Woodpecker. It was notorious Soviet radio signal that could be sporadically heard on the shortwave radio bands worldwide between July 1976 and December 1989.

On the way to Pripyat, the abandoned city, I spotted a few dogs. Unlike what I had previously thought, they appeared really friendly and well taken care of. I googled there were over 2000 of them. One of the American vet organisation chipped and castrated them a few years ago. Right now, there are 3 vet clinics in the zone, and some of the dogs are prepared for… an adoption. I LOVED how beautiful they appeared. It is almost like there was a special ‘Zone breed’. The dogs were really friendly and craving for our attention (which theyt obviously got from me). The tour guides warn people not to touch them only because… dogs are so unexprected, not because they are radiated.

We saw quite a lot from Prypyat as for just one day. In fact – we saw what my husband wanted.

We started Prypyat tour from the kindergarden, which I personally think was a little bit staged ( a few people shares the same opinion).

We had a 15 km stroll and managed to see : the hospital, 2 schools, the amusement park, football court, swimming pool, supermarket, cinema and filharmony – only to name a few.

I think was the most got me in the bad mood was the view point we were taken at the end of our trip.

I saw the dead city from the top and it got me thinking about how fragile our exsistence is.