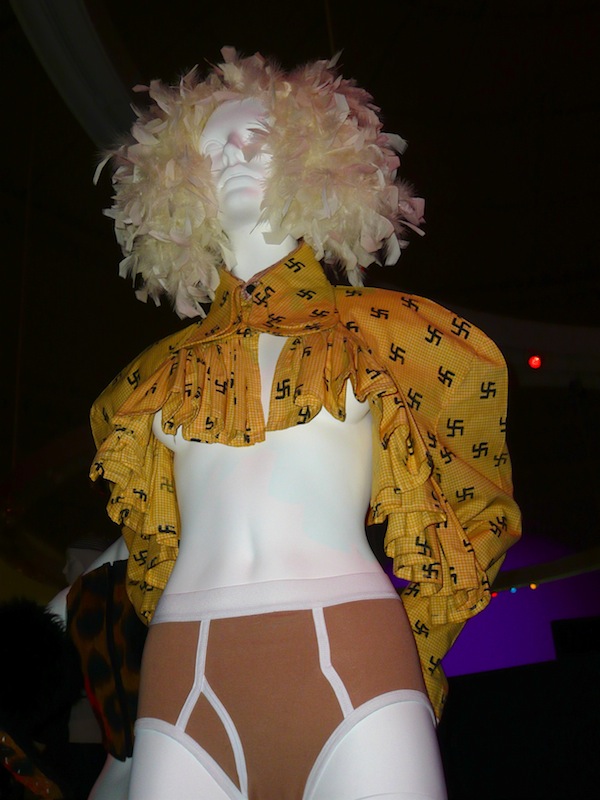 The top was produced in London in early 1980’s. Before 1920’s swastika was known as a good luck symbol in Western culture . In India,apparently, the swastika continues to be the most widely used  symbol of Hindus, Jainas , and  Buddhists and that is completely understandable that some people are using that  symbol to show their beliefs or emotions(in India…)  but… should the swastika top from 80’s be shown in a public (and very popular) exhibition? Since it became Nazi Symbol in 1920’s and ,whether we like it or not, IT IS related to the Second World War and many people just don’t know that it actually has a different meaning…I think it would be better to leave it behind the curtains not with the high fashion garments in the centre of attention.

What are your thoughts?