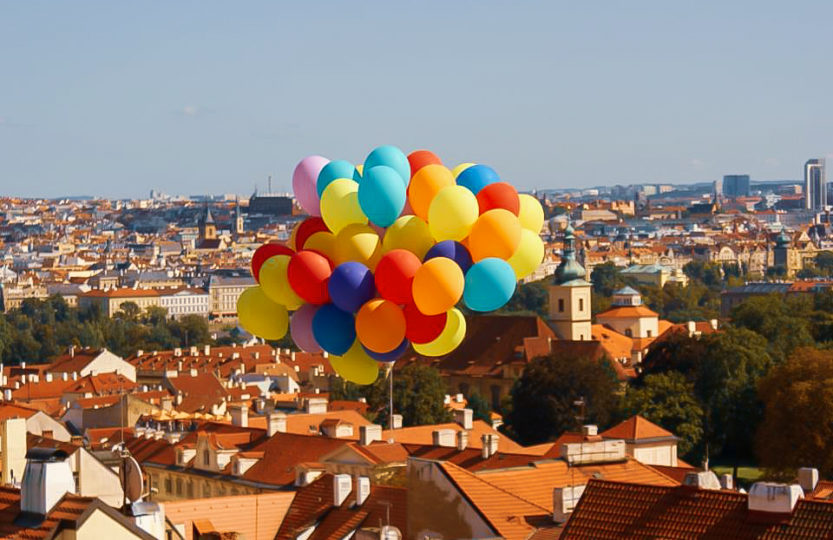 Lviv, Kraków or Prague? These 3 Eastern European cities are undoubtedly the best choices for bachelorette or stag parties. The prices are much lower in comparison to Berlin or Vienna, the atmosphere is less strict and there is so much more fun! Eastern Europe has the whole loads of attraction to offer!

Prague is one of the TOP 5 hen-cities in Europe, according to The Foxy Hen. Well… no wonder. The ‘Paris of the East’ has so much to offer! fIRST OF all, Prague is incredibly well-connected with the major European cities. The ticket prices are great – for example, 50GBP return flight from London City Airport with British Airways. Norwegian, Easy Jet and Wizz Air operate on a daily basis, flying to the major European cities a couple of times a day. Moscow (100 euro return in December), Spanish cities (Malaga 50 euro return in November).
Prague is an all-year-round destination. In winter/late fall you could do River Cruise with drinks (on a decked boat), Karlovy Lazne party, private city coach tour or… Military Jet Fighter Flight! There is a special company organising great activities for the bride-to-be. Instead of sitting in another SPA, your bride could do a crazy ‘fake bungee’ jumping, play bubble football, cruise river Vltava in a hot tub (!!!) or play bride darts.

I will try to be as objective as possible, as Kraków is the city I am the proudest of! The former capital of Poland is a real feast for the eyes, even for the most demanding brides-to-be! The historical centre is well-commuted and ‘doable’ in a day. There are loads of lovely polish restaurants, cafeterias and Instagram-famous bar-staurants, such as colourful Bubble Toast. The way I see it, Bubble Toast would make a perfect way to start your bachelorette-journey. You could pamper your bride and stay at Sheraton Grand with the best views over Vistula (Wisła) and the Wawel Castle. Pricewise, it looks much better than London, Berlin and Paris as a night at a 5***** hotel is a cost of around 120 EUR ( it would be around 500 EUR in all the Western European major cities). As for the bachelorette attractions, there are so many of them! Karków is well-known for being one of the most popular hen-cities, so they are well prepared. You would find the cheesy-stuff, such as limo and also some more posh ones, such as SPA days or gondola ride. Have a look HERE.

Lviv is one of my favourite discoveries in 2019! This former Polish town, now one of Ukraine’s precious gems, reminds me of… Italian Cities, Polish Wrocław and Prague. All combined in one! I would never have guessed Lviv being so colourful, full of life and so well taken care of. Lviv is also doable in a day – similar size to Kraków. You would get to see its major attractions for sure. What I would recommend is renting an AIRBNB apartment, which is what we did. We spent around 160 EUR/night for a luxury apartment with the view, and it was in July – a Month considered to be a high season. Lviv is less ‘prepared’ to host so many hen-parties but it makes it even more unique. You could have a lovely dinner at Baczewski Restaurant, have a few glasses of cherry liqueur at П’яна Вишня (drunk cherry) and finish the night at one of the lovely clubs. You could also spend a SPA day at one of the luxury Ukrainian castles, located outside the city. There are so many ways!

Summarising, a hen-do in this part of Europe is a great idea. You would not only learn about the history (only by looking at the architecture), taste some pierogi, knedlíky or borscht but also it won’t ruin your budget! Whichever of the 3 cities you choose – it will be a hen-do of your bride’s dream!