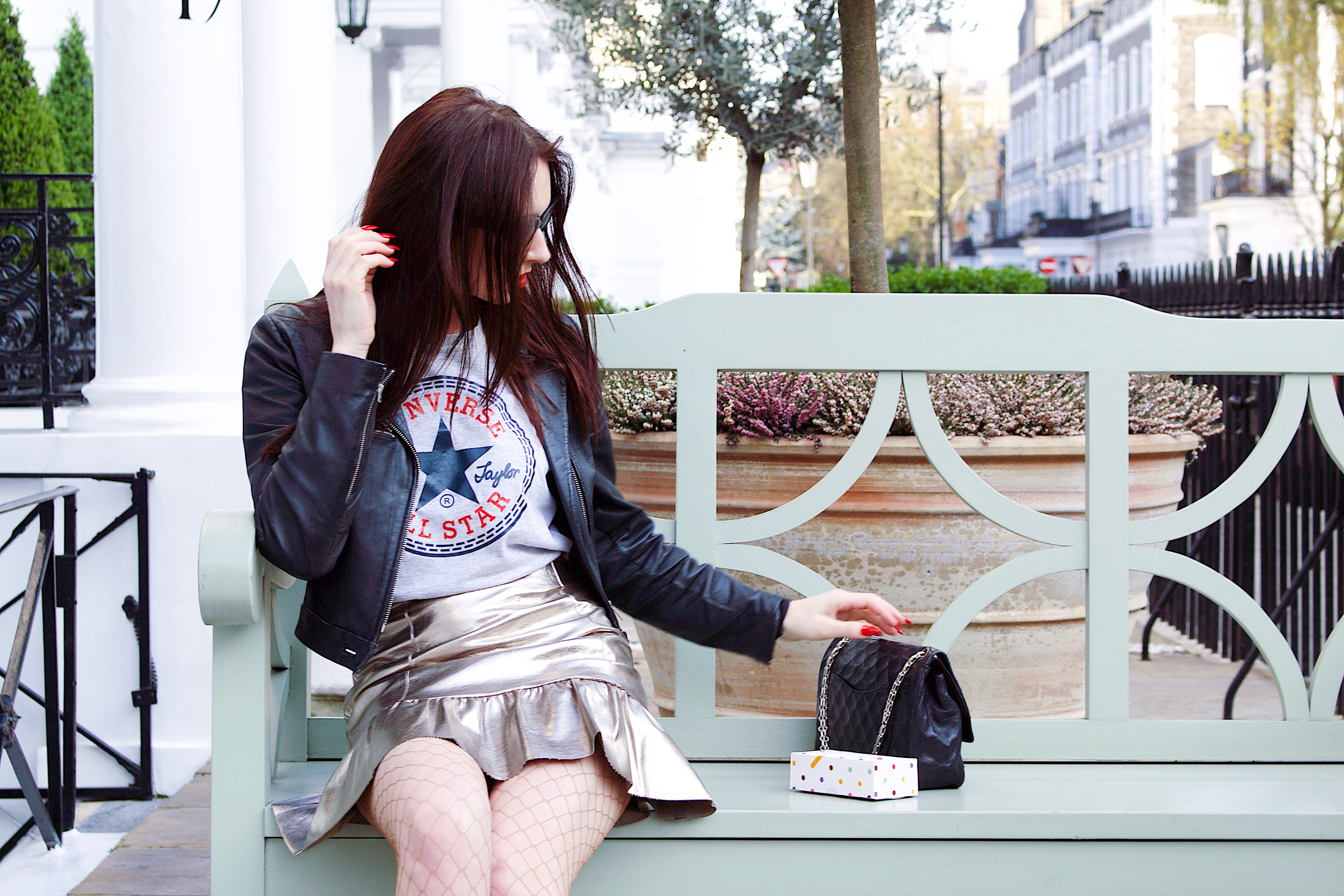 I name the metallic trend as the most unexpectable fashion idea of 2017. Why? It is quite predictable a lot of pastels, florals and girly features ,such as ruffles, hit the stores as soon as the winter sale is finished. There are, obviously, some strong ‘opposite’ elements ( glamrock last season), but they haven’t been as noticeable for a long time. Remember the cliché fashion from the very beginning of the 21st century? Well, the 2002 is back, and it took metallic skirts along.

I like the combination of a metallic texture and the black leather or velour – it makes the kitch be less kitchy. Or wear it with the florals? Just an idea. If you don’t like it on your garments, invest in accessories such as shoes, bags, chokers or hair accessories. You will definitely be able to use them in the next season.

Apart from the metallic, I decided to choose trends such as : 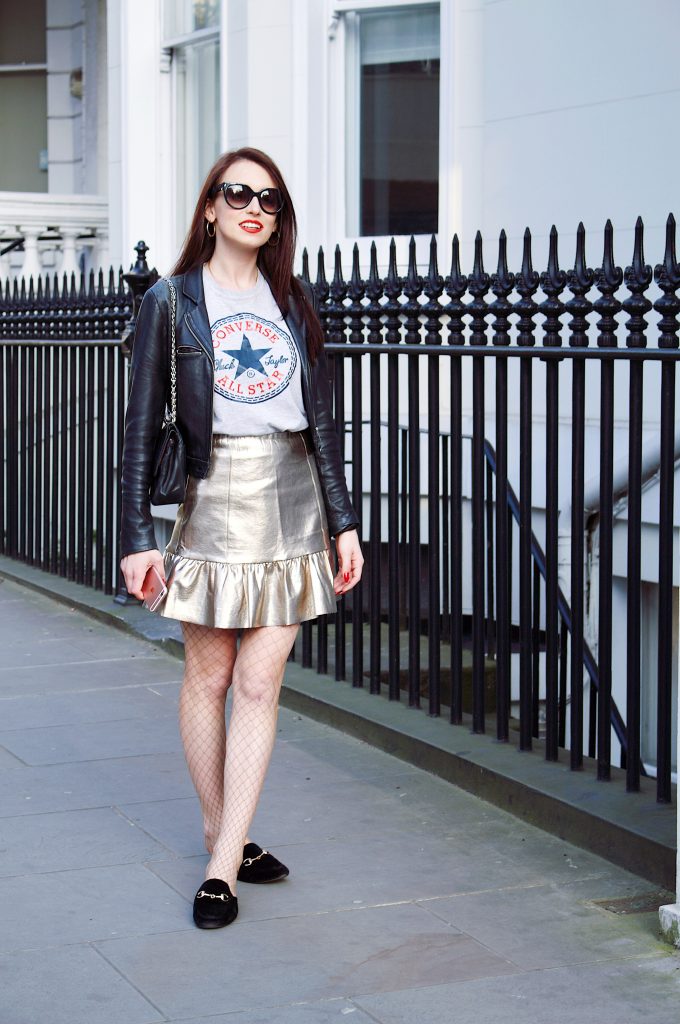 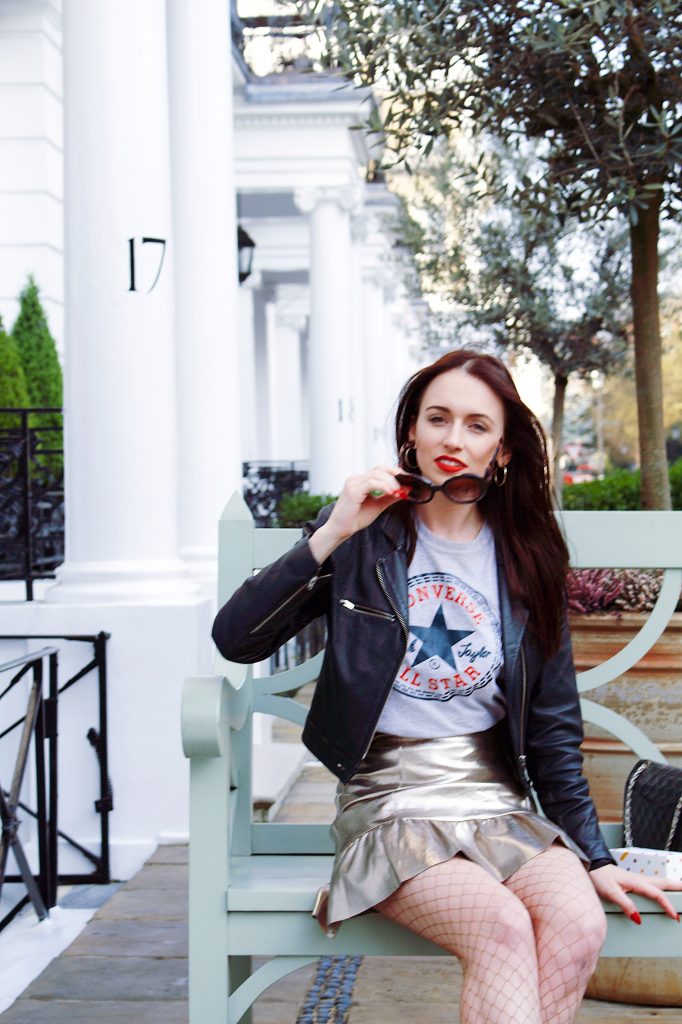 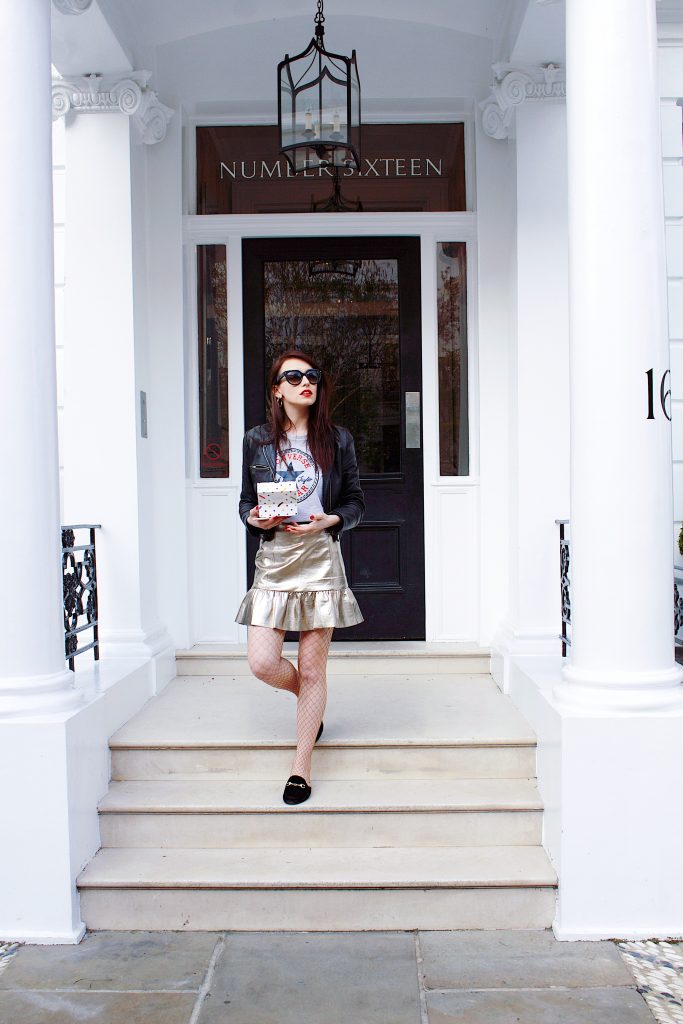 Metallic skirt – get it from here

April surprised Londoners with the lovely temperature of 20is degree, so we decided to explore the western part of the city. I have always loved strolling around Kensington and Chelsea – it reminds me of what I have fallen in love with at first sight. The white surroundings, well-dressed people and charming restaurants and bars is what I have always been after. Kensignton offers the whole variety of museums (with the V&A, National History and Science Museum ahead), Hyde Park, Harrods and the loveliest restaurants.

We discovered Bodo’s Schloss , an Austrian inspired restaurant serving super delicious fondue, shared menus and a really good wine! The atmosphere is great and, let’s admit it, quite unexpectable in the heart of Kensington. You actually feel like you are abroad, in an Alpine village! The staff is super friendly, beautifully dressed, and you better go there very hungry! 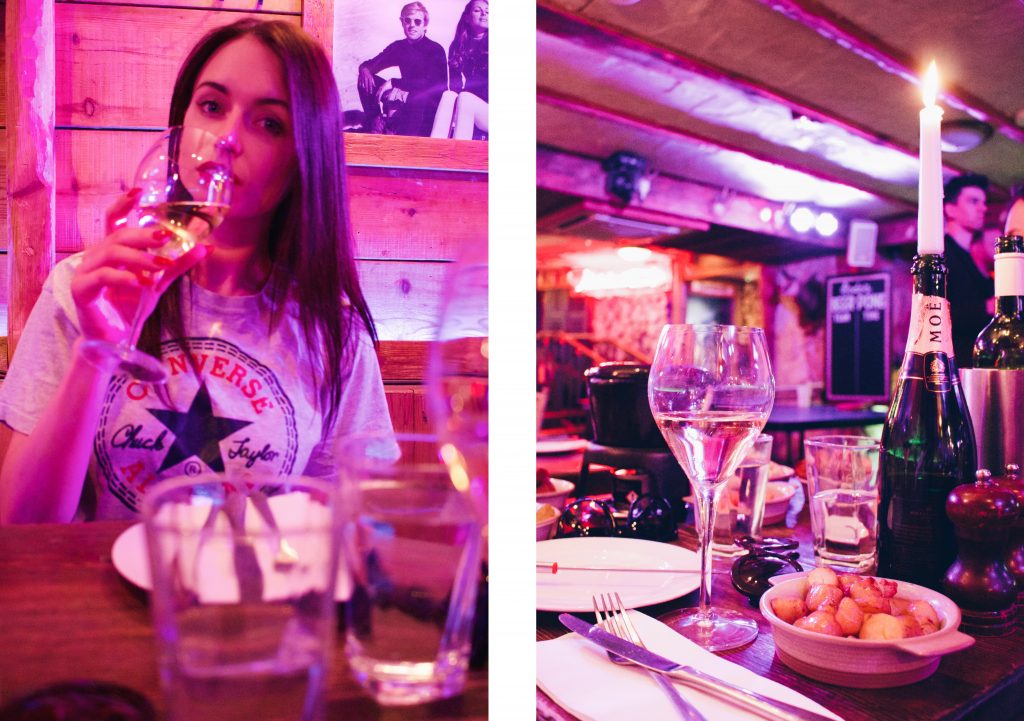 For a quick desert we choose Maitre Choux and their famous eclairs. The beautiful sweets are all over London’s most famous influencer’s accounts, so I was tempted to give it a go. The outcome is following : it not only looks like a small piece of art, but tastes delicious. Must do while in Kensington! The shop is 5 mins walking from South Kensington station. 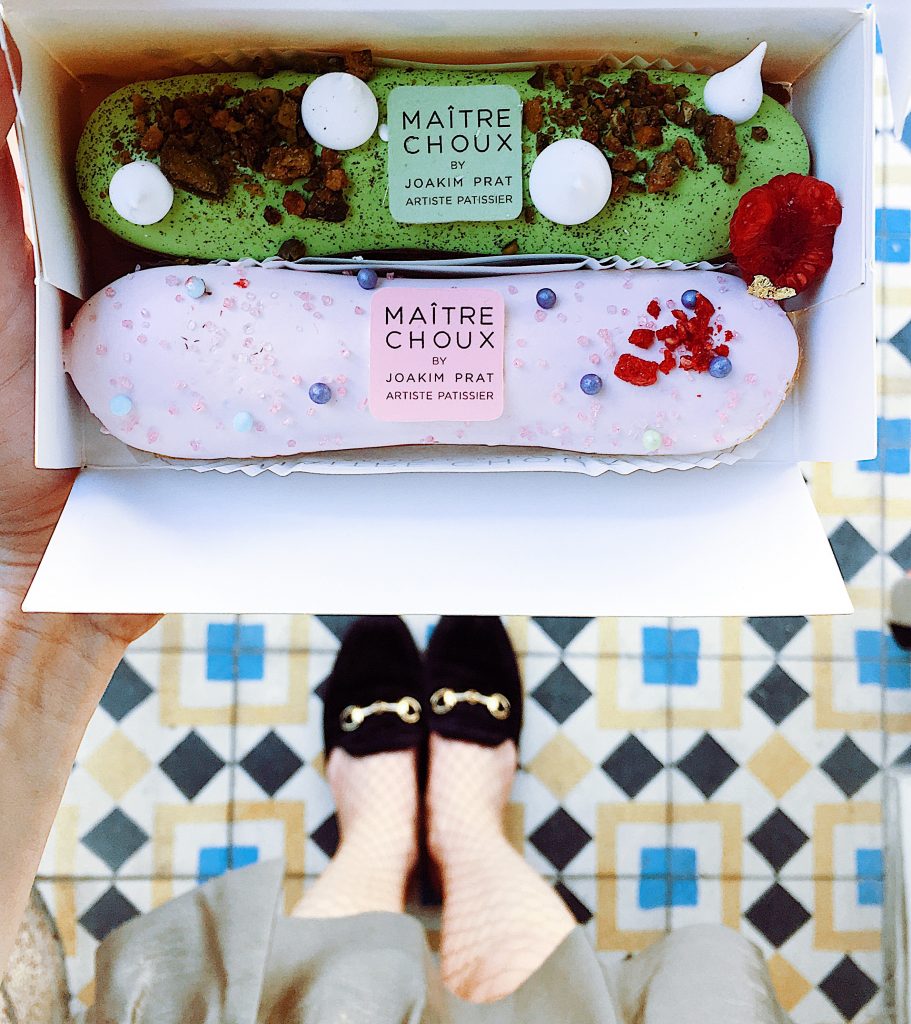 For coctails we headed to Bart’s bar. We actually expected to get kicked out because of our casual outfits, but it appeared the BART’s is a hidden speakeasy-style bar, placed in a posh hotel in South Kensington. I still can’t get over my Chanel No3 coctail. No wonder it is an award winning bar! I really recommend Bart’s for everyone, but especially flapper lovers! As 20’s is my absolute favourite period of the 20th century, I enjoyed it a lot! There was a ‘boom’ on Speakeasies and Gatsby-style parties about four years ago, and I thought I have got enough of it, but this one remains unique among the whole variety of London 20’s places. Again – it’s around 7 minutes walking from South Kensington station.