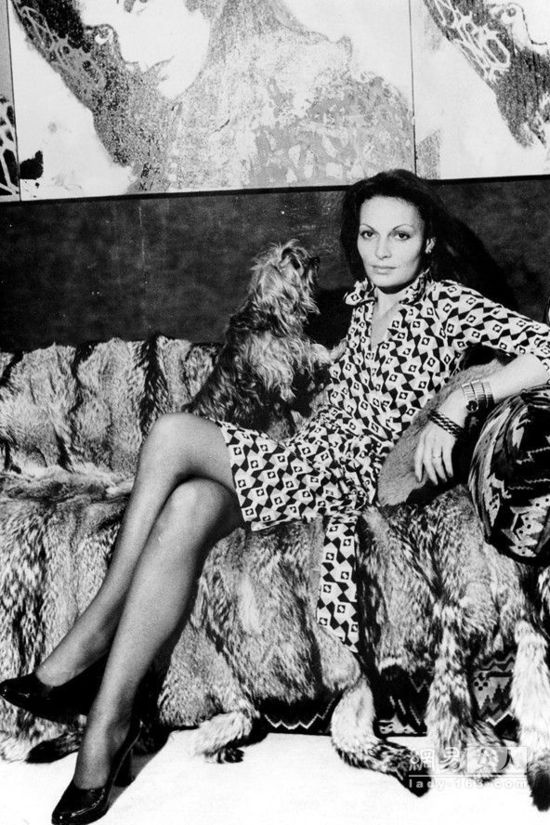 Whoever kept on following New York fashion week knows that Diane von Furstenberg celebrated her 40th  anniversary  this year. The great celebration began in LA in January with the opening of an amazing exhibition showing the phenomenon that made her a real fortune – the wrap dress.  She designed the famous wrap  back in the 1970’s and  had sold more than 5 million frocks in 6 years(it was about 75 $ for one dress at that time). 20 years later she re-emerged during New York fashion week with the updated version of her signature dress and became the wrap empress straight away . The majority of people think Diane von Furstenberg  has created the wrap design but ,according to many fashion books that I’ve read , it was Elsa Schiaparelli who came up with her ‘popover’ idea back in the glamorous 30’s and it then became  the basis for the wrap-around DVF 70’s dresses.  As a matter of fact –  designing fashion is about ‘borrowing ideas’ and getting inspired by them(and by that I mean getting inspired by the past). There is no doubt that it was Diane who made the wrap design world-famous and accessible so she truly deserves to be recognized as ‘ a women who created  wrap’. Diane, whose life is a story of the American dream, became an inspiration for young inspiring designers and costume designers such as Michael Wilkinson who created the most amazing(in my opinion) costumes for ‘American Hustle'(just look at Amy Adams’s character and you will understand) . He got  an Oscar nomination but the statue went to Catherine Martin(The Great Gatsby) instead.  2014 version of  the wrap  has even deeper V-neckline( the hottest trend of the season!) and is a mix-n-match combination of 70’s- geometric shapes and glittery .It is just the matter of time until we will see ‘them likes’ everywhere again and ,to be fair, we should be thankful for that as there is nothing more comfortable than jersey. I am currently hunting for an authentic DVF wrap in London’s vintage shops but it might be worth to try on e-bay or some other online shops. If that would be of any help , I’ve collected some inspiring current wrap designs from  New York fashion week . 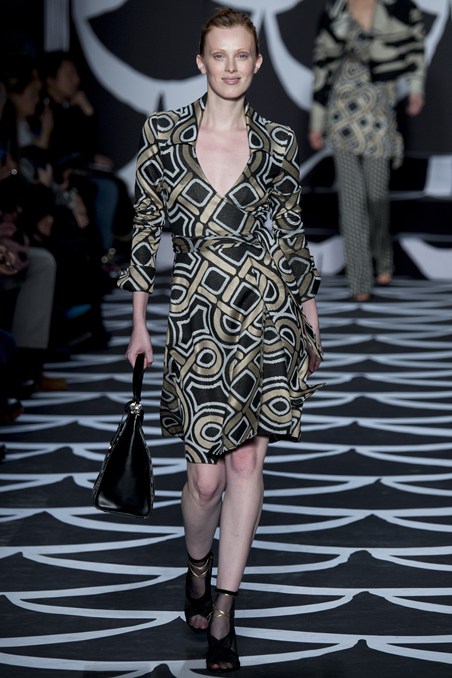 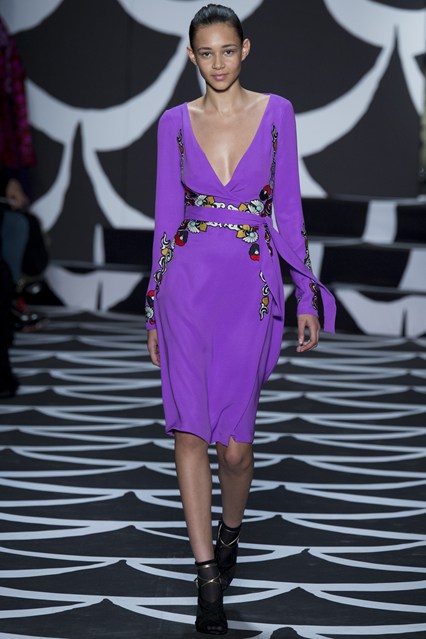 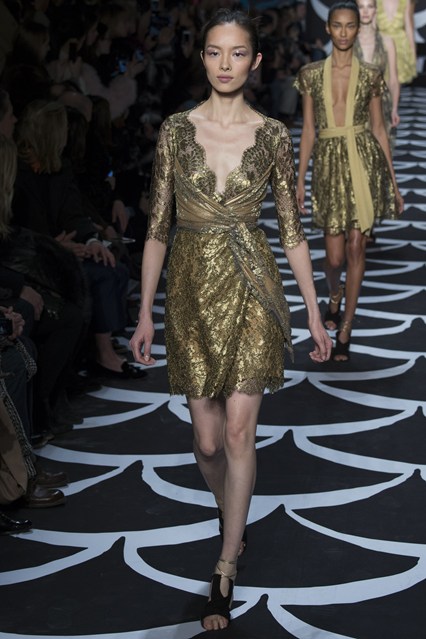 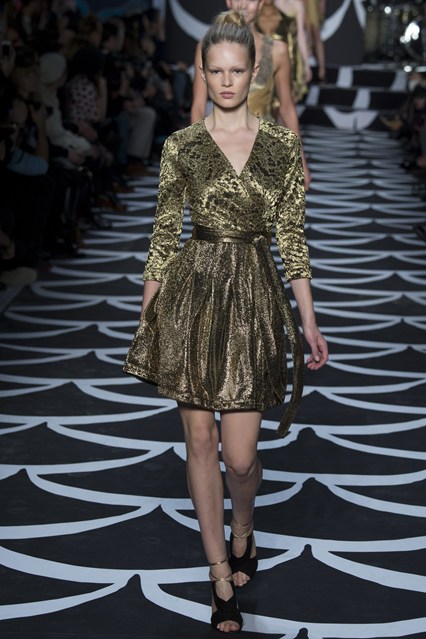 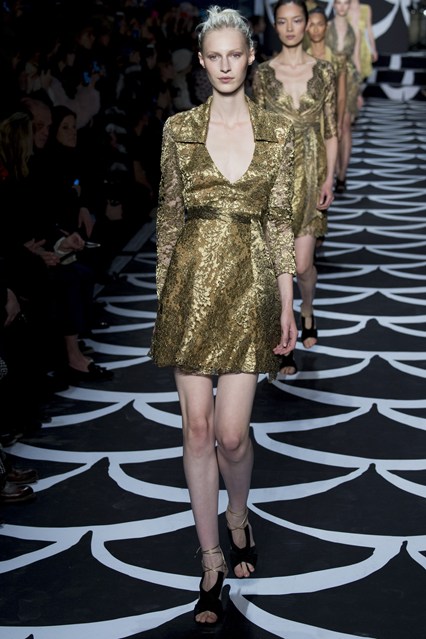 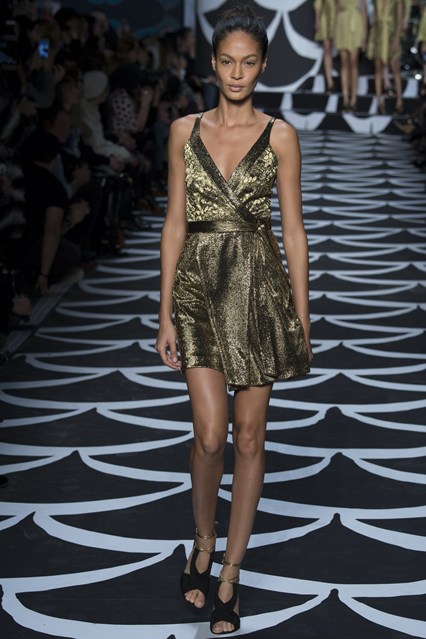